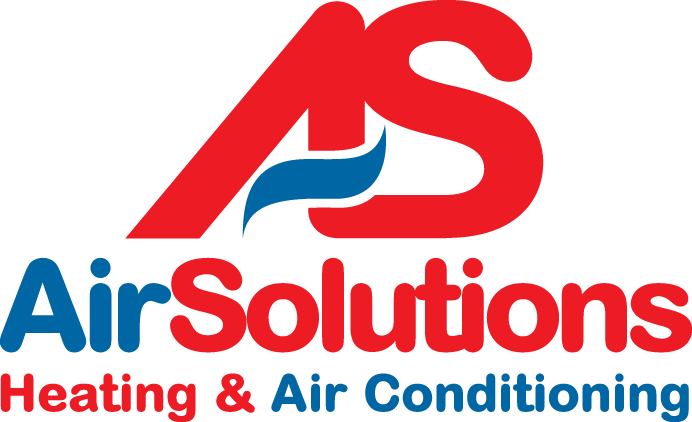 Are you looking for a trusted and knowledgeable heating or air conditioning contractor in Weld County, Colorado?

What is Chronic CO Poisoning?

Chronic CO poisoning usually involves lower levels of the gas in the air and lower blood CO (COHb) concentrations. Exposure usually continues for many days to months. The boundary limit between acute and chronic exposure is indistinct.

The word chronic should be reserved to describe the type of exposure, not the subsequent condition or effect! A damaging effect of CO poisoning, or in fact, any change which persists, should be referred to as a residual effect.

Chronic CO poisoning is, in fact, difficult to diagnose by those not skilled in its presentation. As stated above, it is often mistaken for chronic fatigue syndrome, viral or bacterial pulmonary or gastrointestinal infection, excessive heat, etc. Similar symptoms are seen simultaneously in more than one person, and which disappear upon removal from an environment are tip-offs that CO is involved. COHb is usually not excessively elevated. More often than not, by the time air CO or blood CO levels are measured, the presence of CO in the environment has been corrected, making measurement impossible. Computed tomography (CT) and magnetic resonance imaging (MRI) generally show no lesion, even when psychological/psychiatric and neurologic evaluations may detect functional deficits.

This is a subject about which many exciting new data have become available during the past 2 years. Summaries of some of these dates are seen on this website. A body of animal data is also available which is of some value in understanding and predicting human responses. See the very useful British study by CO Support and the other studies contained in the section called Chronic CO Poisoning.

Definitions of Types of Co Exposure

Acute CO Poisoning - Exposure to CO occurs only once and lasts no longer than 24 hrs.

Definition of the Word 'Chronic

The term chronic is sometimes used as in definition #2 - "A history of CO inhalation and an awareness of the typical distributions of lesions are important for recognition of the effects of CO poisoning, especially when patients are in the chronic stage." (Uchino et al., 1994, Neuroradiology, 36, 399-401)

Note: In this condition, ie. chronic CO poisoning, we are concerned with how long the insult (exposure) lasts, not how long the resulting effects last.

A Paradox of CO Physiology:

Thus, for every CO death due to a malfunctioning furnace, there are 20 non-fatal CO poisonings.

Estimates Based on Statistical Data: 2

Thus, for every CO death, this suggests there are 39.25 people who present to the ER for CO poisoning. How many more people with CO poisoning don't go to the ER, and thus are not found in the record?

Occult - "hidden from view, secret, concealed". Most chronic CO poisoning is of this type, at least at first.

Paresthesias - "abnormal or morbid sensation, as with burning, prickling, etc., but without objective symptoms.

Chronic CO poisoning often masquerades as lethargy, listlessness, lack of motivation, sleepiness, etc. and is often characterized as chronic fatigue syndrome, clinical depression, or an endocrine disorder. The changes are frequently subtle and only recognized as being related to CO exposure after a period of time. Recognition of CO involvement often only occurs by accident or by happen-stance and documentation of abnormally elevated CO in the air and blood is frequently not possible.

Why is CO Poisoning Not Better Recognized by the Medical Profession?

Chronic carbon monoxide problems are potentially worse in the U.K. than in the USA, because of the many very old buildings and the past and present construction approach which consists of building solid walls, floors, and ceilings. This usually precludes the use of ducted forced air heating/cooling. Instead, buildings are fitted with "gas fires", ie. gas heaters that are usually located in old fireplaces, exhausting into the fireplace chimney.

Other Specific Problems With Gas Fires

Mrs. Betty Jones is a 35-year-old homemaker. She and her husband George, 37 years old, live in a city in the mid-west. She has an Associates degree in accounting, while her husband has a Masters degree in Business Administration. Neither of them are smokers.

In early 1995, they purchased a home in a suburban community through a real estate brokerage company. The home was built in 1958. It was inspected and major appliances in the home were guaranteed for 5 years. The home has three bedrooms, a living room, a family room, and a glassed-in back porch. It is heated by a forced-air, natural gas furnace in the basement. Hot water is provided by a gas-fired water heater, also in the basement.

Beginning in the autumn of 1995, Betty Jones began having headaches and feeling very tired. Her two children, John (12 years of age) and Cathy (9 years of age), and her husband George occasionally awoke in the morning with headaches, dizziness, and nausea. They believed that they all had a touch of "flu" or had eaten tainted food.

Mrs. Jones continued to feel "out of it" for the remainder of 1995 and into the spring of 1996. Her physician, Dr. Blackstone, gave her a "physical", obtaining chest X-rays, blood for complete CBC, and samples for a Pap smear test. He found nothing wrong, saying that "flu" has been going around. A furnace company that regularly serviced the heating system found "everything in good working order."

During the summer of 1996, Betty Jones and the whole family felt much better, although she and the children continued to have frequent headaches and to feel slightly fatigued. They felt better when they went away for vacation for two weeks.

In late October 1996, Betty Jones again began to have frequent severe headaches and to become extremely fatigued. She was becoming so lethargic that she could not accomplish her normal housework. She was forgetting tasks that needed doing, and finding it increasingly difficult to maintain the family checkbook. She was also feeling depressed and defeated in her daily life.

On several visits to Dr. Blackstone, she was told that there was nothing wrong with her. He said her perceived state was psychosomatic, and that she should seek counseling or schedule regular visits with a psychiatrist.

By spring 1997, the Jones' children John and Cathy, previously excellent students, were on academic probation at school. John, a 7th grader, was in danger of failing and being held back a year. Cathy was now getting C's and D's in her classes in elementary school and her teachers were concerned. Mr. Jones, who all his life had been an ambitious and successful employee at a national insurance company, believed he now was in danger of being fired.

To gain extra space in their modest 1300 square foot home, the Jones family contracted to have a fourth bedroom added during the summer of 1997. Because the old furnace in the home was the original unit and would not be adequate to heat the new larger house, the contractor installed a new one. In doing so, he discovered that the heat exchanger in the old furnace was badly rusted through, that the near horizontal run of flue pipe to the chimney was also rusted through, and that the old brick chimney was oversize, unlined, and partially blocked near the top.

Upon learning of these problems, Mr. Jones asked that the old furnace be fired up and measurements of CO made by the gas company. He had recently seen a program on TV about the dangers of CO and wanted to be sure. With the family safely outside, CO levels in the house were observed to attain 176 ppm after one hour. The whole family then went to see Dr. Blackstone, who drew blood for the measurement of carboxyhemoglobin. COHb levels came back at between 0.5% and 1.4%. The physician, not familiar with the effects of the gas, told them that since the CO was now out of their bodies, they would be well again.

Mrs. Jones continued to suffer from severe headaches, fatigue, depression, and irritability. She also continued to have cognitive and memory problems, and began to develop muscle and joint pain, to hear a buzzing sound in her head (Tinnitus), and to have various visual problems. Mr. Jones continued to find it difficult to do his job. He could not make decisions (loss of executive functioning) and lost track of details in his work. The children continued to struggle academically and socially - cognitive testing at school suggested recent significant declines in I.Q. in both children.

As of early 1999, the Jones family is attempting to recover from the health problems caused by their old, leaking furnace. They have been seen by a number of health professionals with varying results: neurologists, toxicologists, and neuropsychologists. To the Jones', it appears that few people in the medical community have much understanding of the long-term health effects of chronic CO exposure. They have retained legal counsel and are discussing options that might lead to compensation from responsible parties. Fortuitously, they have kept the old furnace, flue and other parts as evidence.

What Important Points does this Case Illustrate?

Back to Top Used with permission from the author David G. Penney, PH.D